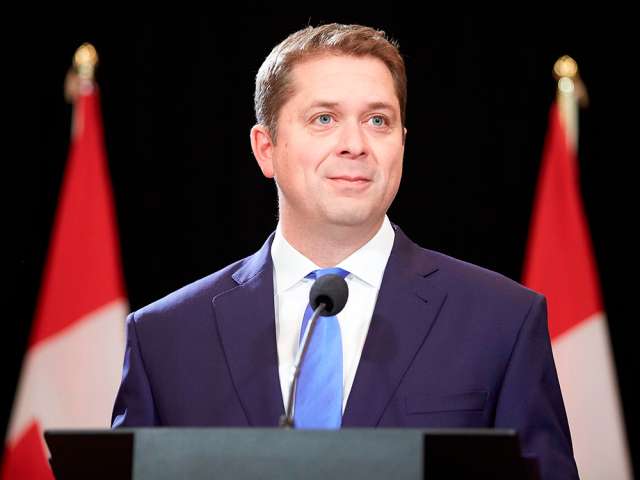 Among the most ludicrous of campaign pitches, and there were so many to choose from, was the latter-day lunacy that if you, the voter, wanted to save the planet, you had to vote Liberal. The hubris in that claim was equal to its idiocy.

Canadian elections are not about the world. It is not ours to save, or (all deference to Greta the Grinch) to destroy. Canadian elections are about Canada, how to make it better, stronger, more healthful and secure for its citizens. They are — or should be — exercises where party leaders refresh our sense of Canada’s aspirations and ideals as a country, a nation.

Above all they should be about making sure the arrangement we have with ourselves — the Confederation — goes through an ever-necessary renewal, answers to contemporary challenges, and continues to secure the peaceful, prosperous and highly successful country that Canada is.

It was a scramble between mediocrities

For the election we have had, the clumsy, trivial, demeaning and small election just over, answers none of these qualifications. It was a scramble between mediocrities. And the morning after, what do we have?

The frictions and anxieties out West over the deplorable treatment of its main industry, the harassment of regulations and protest and court delays that have paralyzed development and driven billions of capital away from Alberta, had — before the election — produced a mood and sentiment of near universal anger about the West’s place in Confederation.

Alberta in particular has very justifiably — as anyone who pays any real attention to the province would know and care greatly about — seen itself as a target, as subsidiary to the concerns of the centre in Ottawa, an afterthought in any of the great schemes proposed by a very “progressive” Trudeau government. It saw from the very beginning of Trudeau’s first government — with its grandiose global posturing, its almost camp presentation of itself as the champion of the global-warming frenzy — that this playacting was going to be at the expense, and to the detriment, of its concerns, its employment, its industry. When Catherine McKenna waltzed off to Paris with nearly 400 delegates to yet another Save the Planet summit, that was much more a message to Albertans, than it was to some assumed global audience. She certainly wasn’t going to show up in Fort McMurray with 400 true believers to see what could be done for unemployed oil workers after the fire and before the carbon tax.

I rehearse this fragment of background just to hint at the consequences of last night’s vote. Things were hot before Monday. Now they are molten. There will not be a single major Western figure in whatever cobbled together coalition comes into being. No Western voice at all. Ontario and Quebec have once again determined who holds the levers of power, and who is left standing in line, or out in the cold altogether.

Furthermore, the most likely combination in a coalition, that of progressive Liberals and even more progressive NDPers, is like an El Greco sketch — one of those really gloomy ones — for the West. Citizens on the Prairies will be asking themselves — where are we in this combination? How high, now that we’re past the need to be cute about it, will the next carbon tax be? How much harder will Trudeau/Singh be pushing for the “transition” — read shutdown — of the oil industry?

The juvenile and reckless policies of the amateur Trudeau government — a government of butterflies in its early yoga and selfies days — has brought the country to a terrible pass, where the only elements that really count in a nation — its cohesion, its sense of common endeavour, of all its parts and regions acting on the great issues in concert, as one — these elements are shattered.

We have the Bloc back in force, to push Quebec and only Quebec issues before a national Parliament. Alberta and its sister provinces are alienated as never before. (Side note: The example of the Bloc may be taken up by the West. Not separation, but the decision to run parties whose only loyalty is to the province that elects them, not to the nation, even as the Bloc Québécois, antagonistic to the nation. After all it works for Quebec, and Quebec certain gets superior attention and more respect from Ottawa than Ottawa has shown the West.)

Among the punditry the question now is: Will there be a TMX pipeline? Will Jagmeet Singh or Justin Trudeau dare to build a pipeline? That is not the question at all. It is not about, and never has been, a single (token) pipeline. The halts, delays and ultimate forced-purchase of Trans Mountain is only a symbol, a parable for the entire paternalistic, Ottawa-centric treatment of the energy industry, its contributions to the national economy, the relief it offered to so many from provinces outside Alberta.

Stay informed this election (and beyond) with First Reading, the political newsletter that makes sense of it all. We’re breaking the news, defining the issues and analyzing what matters. Sign up here.

Things have gone much further, with last night’s vote, which exiles the West from influence and power, than whether Trudeau goes ahead and cancels Trans Mountain. Who knows what he and Singh may agree upon. Ask Greta.

How hollow the day after to recall that closing-day slogan: Save the Planet — Vote Liberal. The planet is fine, thank you. Our Confederation may be in for a hard ride, however.

The morning after we have a whole swathe of fresh separatists from Quebec in the Canadian Parliament. The West, which for so long wanted in, is out. A once tranquil and untroubled Confederation is going to be tested by new discontents and long-subdued passions.