Nearly 80 per cent of Albertans think the country is in the midst of a unity crisis: poll 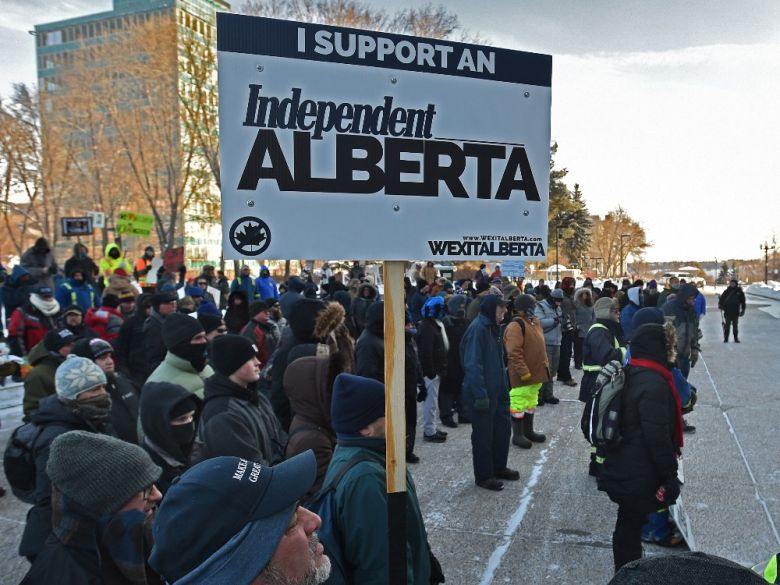 Nearly 80 per cent of residents in Alberta and Saskatchewan think the federal government has lost touch with average people in the two provinces, says a new poll commissioned by the communications firm Navigator.

Nearly two-thirds of people in Alberta and Saskatchewan think the country is in the midst of a national unity crisis, along with a razor-thin majority of 51 per cent of Canadians across the country.

The numbers are lowest in Manitoba, where only 41 per cent of people think the country is experiencing a national unity crisis and the Atlantic provinces, where 44 per cent agree.

Where the threat to unity originates is a matter of contention.

The most troublesome numbers for Prime Minister Justin Trudeau’s government may be that in both Alberta and Saskatchewan 78 per cent believe that Ottawa has “lost touch with average people” from the two provinces.

In the fall election that saw Trudeau’s government knocked down to a minority, the Liberals were shut out in Alberta and Saskatchewan and there has been a febrile mood in the two provinces as the oil and gas industries experience a slump.

The Alberta government has repeatedly warned that it sees the upcoming federal cabinet decision on whether to approve the proposed $20-billion Frontier oilsands mine as a referendum on the government’s concern about the West.

Premier Jason Kenney recently wrote a letter to Trudeau warning that a rejection of the project could further fuel Western alienation.

The poll also shows some yawning chasms in how Canadians see environmental and resource development issues in the country.

Seventy-four per cent of Albertans believe that more pipelines should be built, while only 25 per cent of Quebecers agree. This illustrates the tightrope that Trudeau has to walk weighing the approval of the Frontier mine and regional tensions in the country. The Liberals see Quebec as one likely path back to a majority government and the Frontier project would be as unpopular there as a rejection would be in Alberta.

In last fall’s federal election, the Bloc Québécois gained 22 seats while the Liberals struggled in a province that has historically been the party’s stronghold.

Overall, one per cent of Canadians peg oil pipelines as the most important issue the country faces, while 17 per cent of Albertans put it in the top spot.

On clean energy, however, people in Alberta and Quebec can find some common ground. About 65 per cent of residents in both provinces believe an increased investment in solar and wind power would be a good thing.

In Alberta, 78 per cent of people believe the most recent Canadian election has increased separatist sentiment, while only 41 per cent of Quebecers agree with that statement.

Albertans are clearly paying attention the simmering separatist issue in their province.

The poll found that 74 per cent of Albertans had heard of the “Wexit” movement and that number rose to 86 per cent when the term was explained to the respondent. In Quebec, about one-third of people hard heard of the fledgling Alberta separation movement, while more than half said they were aware of it when the person defined the term “Wexit.”

The poll was commission by the communications and strategy firm Navigator from Jan. 3 to 10 and had a sample size of 2,590 respondents. The poll has a margin of error of 1.9 per cent, 19 times out of 20.

How satisfied are you with things in Canada? Poll reveals a chasm between Alberta, Quebec

Nearly 80 per cent of Albertans think the country is in the midst of a unity crisis: poll

How satisfied are you with things in Canada? Poll reveals a chasm between Alberta, Quebec