Macpherson: Non-franco votes up for grabs? Only Liberals are grabbing 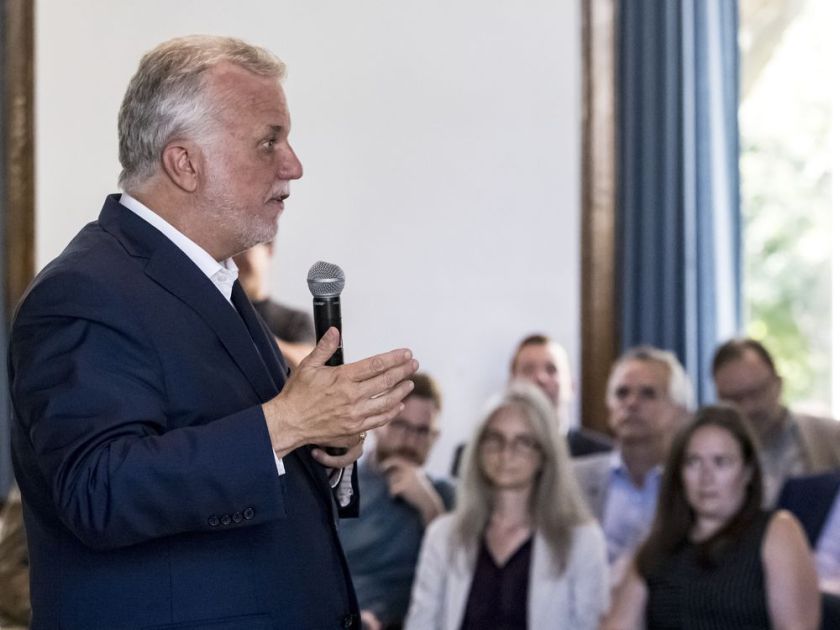 There’s still a month to go until the Oct. 1 Quebec election. Voters may not start following the campaign closely until the first of the three televised leaders’ debates, in two weeks. And many may not make up their minds until just before they vote.

But at this point, it looks as though the revolt of non-francophone voters against the Liberal Party that some people might have expected (hoped for?) isn’t happening.

This election was supposed to be an opportunity for non-francophones to free themselves after nearly 30 years of electoral captivity at the hands of the federalist Liberals.

Their unlikely liberator was Parti Québécois leader Jean-François Lisée, whose promise not to hold a referendum on independence in the first term of a PQ government ensured that for the first time since 1970, secession would not be a Quebec election issue.

If that wasn’t enough, the PQ was no longer the leading alternative to the Liberals, having fallen to third place in overall popularity, behind François Legault’s Coalition Avenir Québec party. So, there was little remaining reason for the “pequophobia” — fear of the election of a PQ government — that been the primary motivation of non-francophone voters for nearly 40 years.

Old habits die hard, however. While non-francophones have heard Legault’s call to “free yourself” by voting for his party, early-campaign polls suggest that so far, they’ve mostly ignored it.

In the Léger-Montreal Gazette-Le Devoir poll results released this week, 69 per cent of voters with mother tongues other than French who expressed a party preference chose the Liberals. That put the latter more than 50 percentage points ahead of the CAQ, at only 17 per cent.

Those numbers were similar to those in Léger’s final survey before the last election, in 2014. And polling experts believe that, if anything, polls usually underestimate the eventual non-franco Liberal vote.

This campaign doesn’t look like the one in 1989, when enough anglophones broke with the Liberals to elect four members of the short-lived, English-rights Equality Party.

Anglos don’t appear to be as angry at the Liberals now as they were in 1989 over that Liberal government’s anti-English sign law. Anyway, in that election, the polls assured anglos that it was safe to cast a protest vote against the Liberal Party, since it was all but certain to defeat the PQ anyway.

In this election, Philippe Couillard’s Liberals are in serious danger of losing power to the CAQ, and while Legault’s party is against secession, it’s still nationalist, and practises divisive identity politics based on culture.

The apparent choice offered non-francophones may be mostly illusion. If the Liberals are still winning the competition for non-franco votes, maybe it’s because theirs is the only major party seriously competing for them.

Since her appointment last October as minister responsible for relations with English-speaking Quebecers, Kathleen Weil has worked tirelessly, with the support of a new secretariat, to address the concerns of anglophones across the province. And in this election, the Liberals have nominated more non-francophone candidates in competitive ridings than any other party.

Neither the PQ nor the Québec solidaire party, however, even has an English-language version of its platform.

As for the CAQ, Legault has made a point of assuring nationalists that he’s not offering anglos anything in particular in return for their support. So, the CAQ is ignoring the particular needs of the province’s aging anglophone communities, such as better access to health and social services in English and better job opportunities for young people.

Even the PQ can argue — and Lisée does — that its intention to require a better knowledge of French from graduates of English-language colleges and universities would help them find work in Quebec.

Nationalist commentators are fond of blaming non-francophones for voting as a bloc for the Liberals. But nobody blames francos for voting for their own interests. And if anybody is to blame for anything, it’s the parties that concede the non-franco vote to the Liberals.

Don Macpherson: What Legault and the CAQ don't want anglos to hear

Macpherson: On Bill 21, a nationalist victory that looks like a defeat