A 338Canada projection: If proportional representation was real 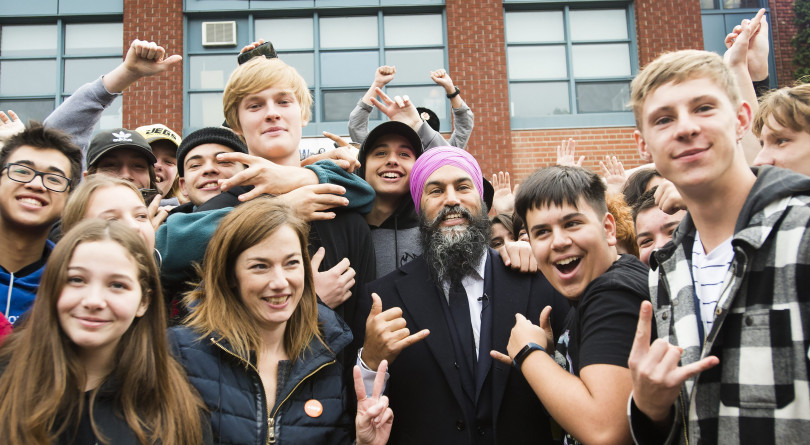 Singh poses with students during a campaign stop in Hudson, Que., on Oct. 16, 2019 (THE CANADIAN PRESS/Nathan Denette)

We stand only days away from the 43rd Canadian federal election, an election that will be held under the first-past-the-post electoral system, despite what Liberal candidate Justin Trudeau promised Canadians almost four years ago to the day.

I thought it would be interesting to follow up on this column I wrote for Maclean’s last spring, in which I simulated how voting intentions then would translate into a regional proportional representation. It is purely politics-fiction, but it is not without its use: although it is 100 per cent true that the political landscape in Canada would be forever altered if electoral reform were to occur (support for each party in Canada would most likely change dramatically and new parties would emerge), I believe these hypothetical scenarios help us understand how amazingly different seat projections would be depending on how we vote for our elected officials. Such exercise are merely thought experiments (Gedankenexperiment). 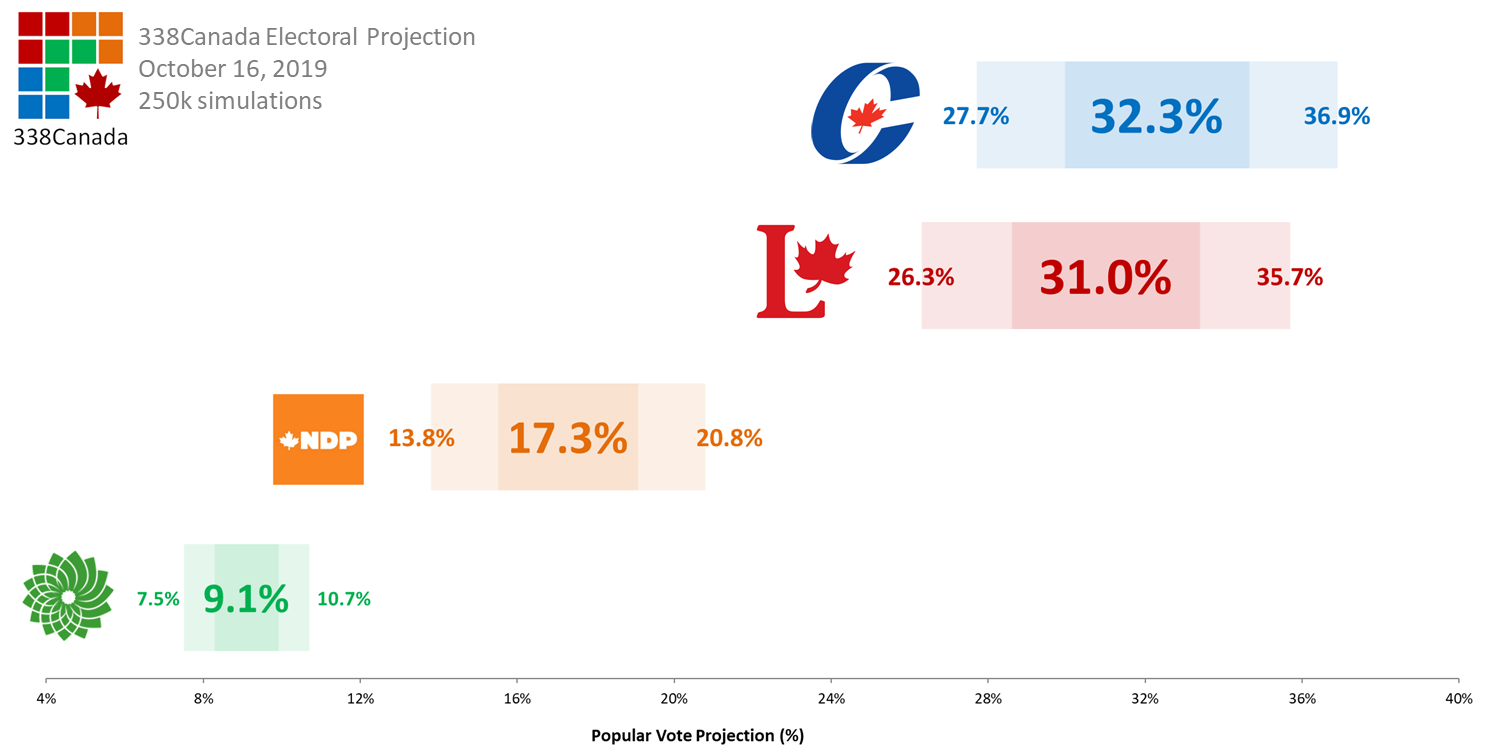 Here are the rules of this exercise:

Here are the seats projections under this hypothetical scenario: 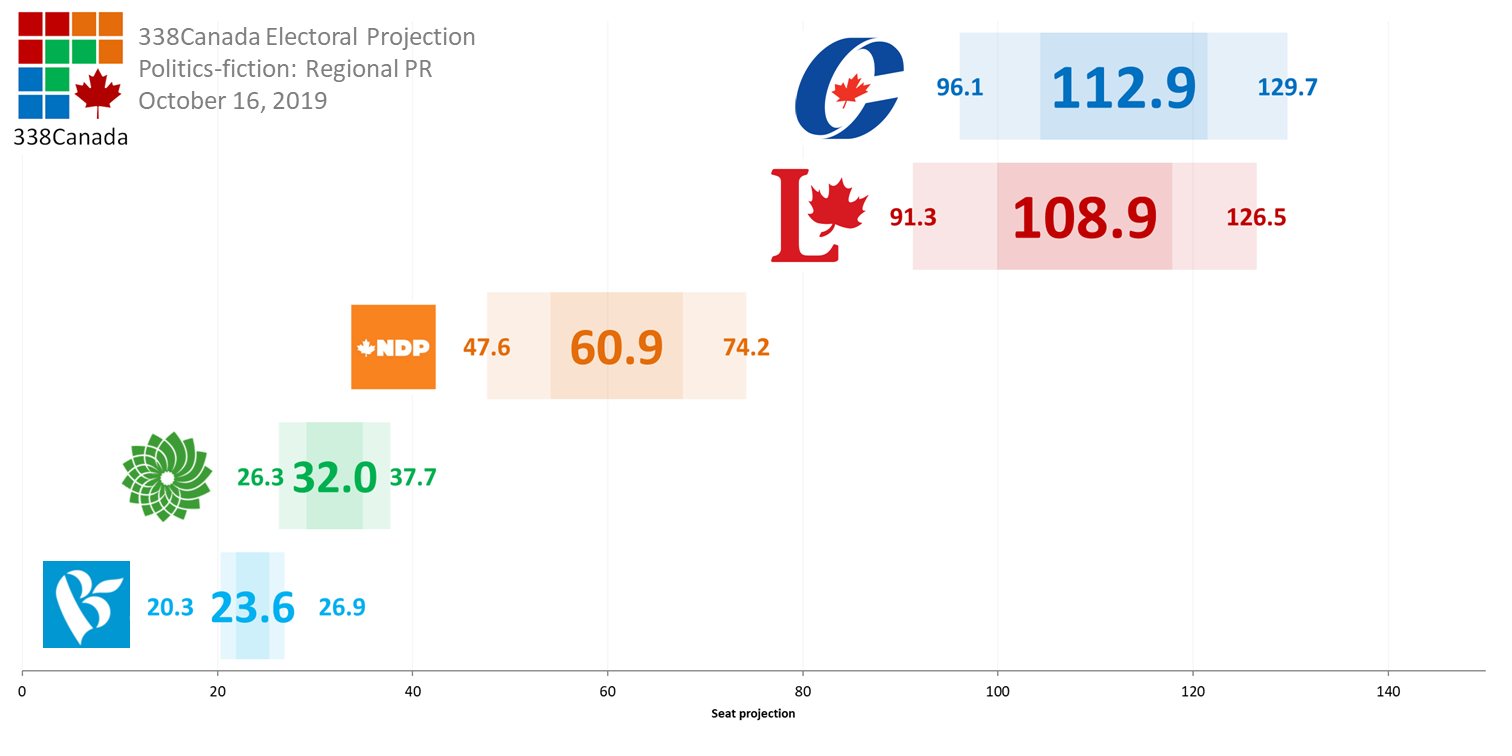 The Conservatives and Liberals would still be statistically tied on for first place, but their averages would take a serious dip from the current numbers (see current seat projections here). Neither party would stand even close to the 170-seat threshold for a majority.

The NDP would win on average 61 seats—more or less double where its current projection stands under FPTP.

Without question, the most dramatic change would be the Green Party representation: Under this PR scenario, the Greens would win on average 32 seats—a near ten-fold increase compared to their current projection of three or four seats.

The Bloc Québécois, currently projected at close to 30 per cent of support in Quebec, would win 24 seats on average—just under a third of the province’s seats.

Obviously, under this electoral system, majority governments in Canada would be a thing of the past. Some will see this PR projection and claim Parliament would be in constant state of chaos. Others will optimistically say it would force parties to work together. I tend to believe both these views would be correct at times—and sometime even simultaneously.

Again, this is highly hypothetical. Albert Einstein’s Gedankenexperiment were never meant to be actually performed in a laboratory, but they help us elucidate concepts difficult to visualize.

In the case of this PR projection, it gives us an interesting, if imperfect, picture of what could have been.